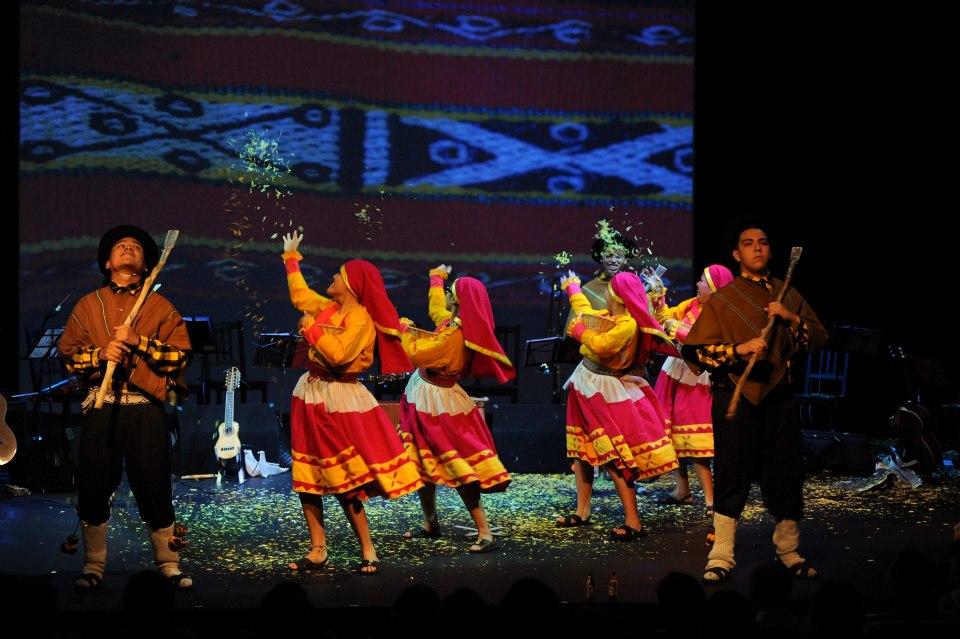 The Sumaj Tusuy Community Dance Project is a project of the Kuyayky Foundation directed by
Andean folk choreographer Betty Caloretti. This community dance project focuses on making Andean dance accessible to local South Florida community’s families:  small children ages 5 to 15 and their parents, teaching both groups choreographies of Andean styles using unique pedagogical methods to teach amateur dancers.  The project specializes in dances from the central and southern Peruvian Andes and some dances from the coast.

Betty Caloretti was born in Ayacucho, Peru. Her passion for folk dancing began when she was 15 years old and since then she has been immersed in the folk dance culture. In 1978, she began formal training under the tutelage of Master Elvis Ore, a folk dancer from the Central Andes of Peru, who had studied at San Marcos University. Mr. Ore was the director and founder of the “Grupo Centro Universitario Huancayo,” a pioneer folk dance company in Lima. In that same year, Ms Caloretti entered the National School of Folklore where she was certified in 1982 as an Instructor of Folk Dances, History, Customs and Performance. From 1983 to 1986, Mrs. Caloretti studied folk dances and “sikus” at the Altura’s Folklore Experimental School. From 1986 to 1992, she worked as the Head Instructor of Andean dances at the NACPUCP at the Pontical Catholic University of Peru (Collective Arts Nucleus of the PUCP). She has been the Director of Sumaj Tusuy Community Dance Project since its inception.