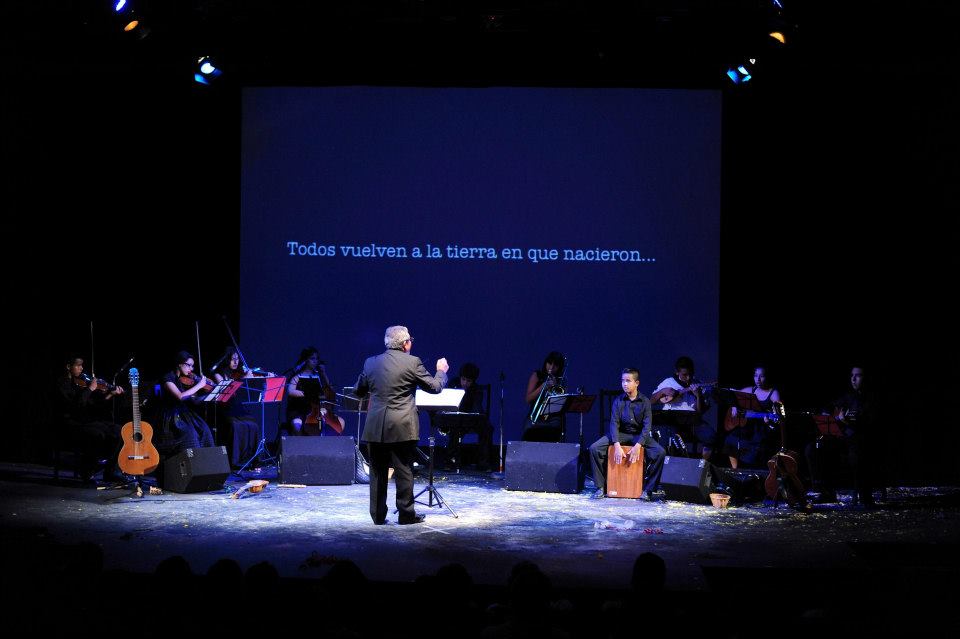 Jose Hurtado Zamudio founded the Kuyayky Children’s Orchestra in South Florida in 2011 as a way to showcase the complexity and beauty of Andean music to to both new audiences and to new talents (instrumentalists, arrangers, composers, and directors). The repertoire of the orchestra which includes researched arrangements of yaravies, huaynos, kashuas, mulizas, huaylarshs, and valses criollos, encourages the classical music study of traditional and Andean tunes and the recognition of Andean musical masters such as Zenovio Dhaga by a wider public.

In South Florida we continue to provide children of Latin American roots with a way to connect with their ancestral heritage and build their identity through music. The project provides private musical instruction and ensemble instruction as well as guest master classes by Andean musical masters free of charge. Kuyayky is devoted to the equalizing role of music in society, therefore a great majority of the children that encompass the orchestra come from low-income immigrant segments.

As our members have grown some of them have continued to formally study music in college, and others have joined diverse fields in the Sciences and Letters. Our top fellows have begun a new project, the Kuyayky Andean Chamber Youth Ensemble and have performed within the community as well as joined us at a concert in Ohio State University.

The Kuyayky Children’s Orchestra of Jauja
Helping children in the Andes reach their potential through music! #KCOJauja 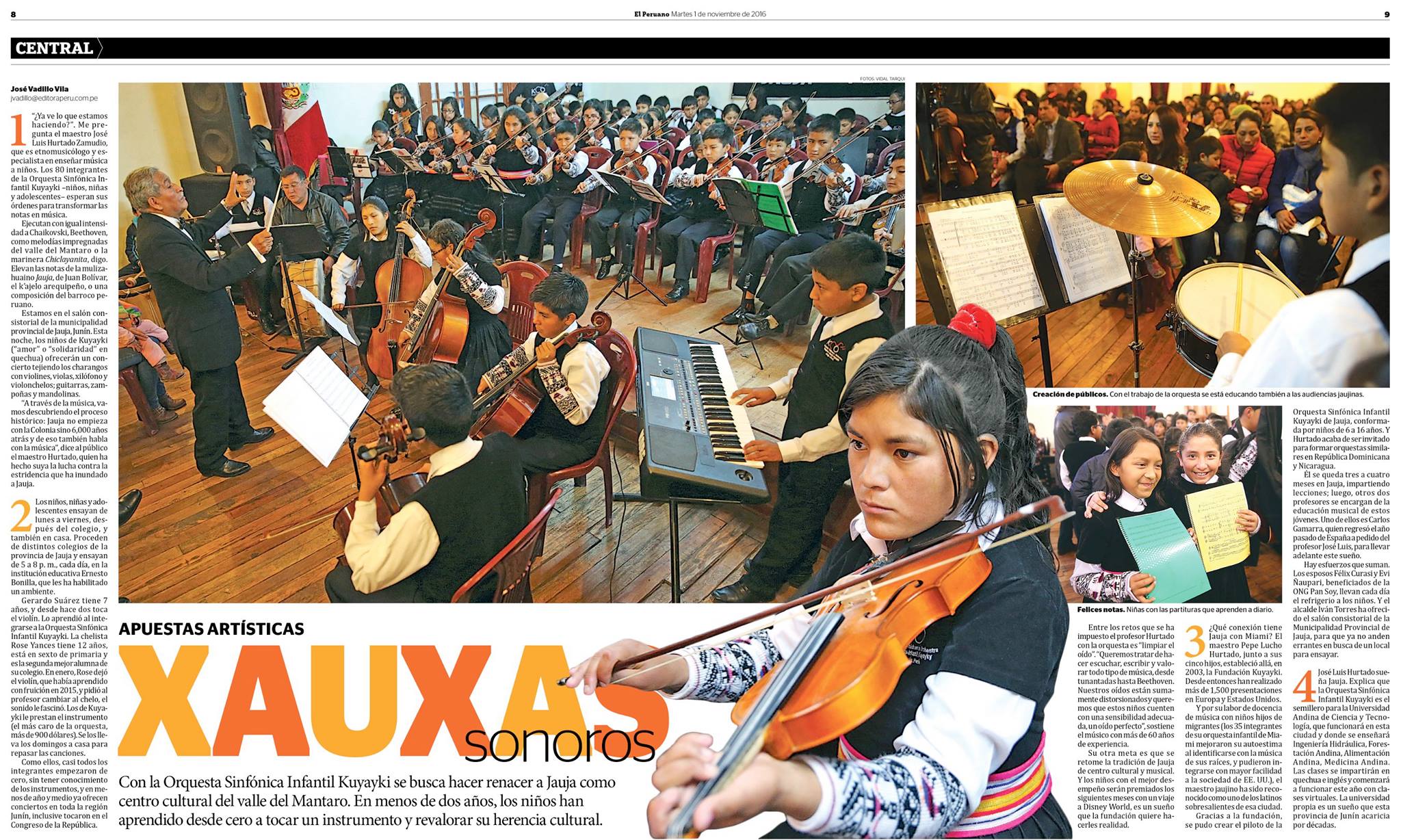 On July 2014 we began auditions to open up an orchestra in Jauja, Peru. Jauja is a small city high in the Andes with a central location for many local indigenous and mestizo communities. Because of an unplanned centralization, the children, in and around Jauja today, are vulnerable to crime and poverty. Through this project these at-risk children receive formal music training completely free of charge, that is combined with a method of learning that focuses on their own indigenous musical traditions, while at the same time exploring classical and world music masterpieces. Understanding the equalizing role of music in society, this focus allows them to celebrate and recognize their own cultural heritage, since connecting them with their roots, will, in turn, help them improve their self-esteem, build their identity and acquire skills for the future. We continue to rely on the Foundation’s supporters to buy musical instruments (violins, cellos, quenas, charangos, saxophones, guitars, mandolins, etc…), pay for airfare f, rent classroom space, hire teachers, buy classroom materials, stipends for master classes’ instructors, etc. Our experience forming the children’s orchestra in Miami shows us that such a project is not only possible, but necessary, especially in a place like Jauja were children are more than eager to learn. Our project in Jauja with 91 children ages 6-18 is showing us this. In 2016 our orchestra gained recognition from Peru’s Congress and was featured in the nation’s official newspaper. As an ayllu, for us, music has been an integral part of our support system, a definite factor and an inspiration in developing our diverse careers in fields such as Computer Science, Anthropology, Journalism, Music, etc. It is our understanding and concern that not only are ecosystems and other animal species endangered or fully depleted around the world, but also the traditional knowledge of human groups, that is often harbored and best expressed by their music. The continuing practice of these endangered musical traditions by these children is therefore fundamentally important in ensuring that knowledge is not lost.